Since 1936, the appellation has been producing white and red wines that are renowned for their quality. Power, concentration but also finesse in a privileged environment, where the sun and the wind play a fundamental role in the qualitative expression of the Grenache... and its blending companions.

A privileged terroir of 3,200 hectares 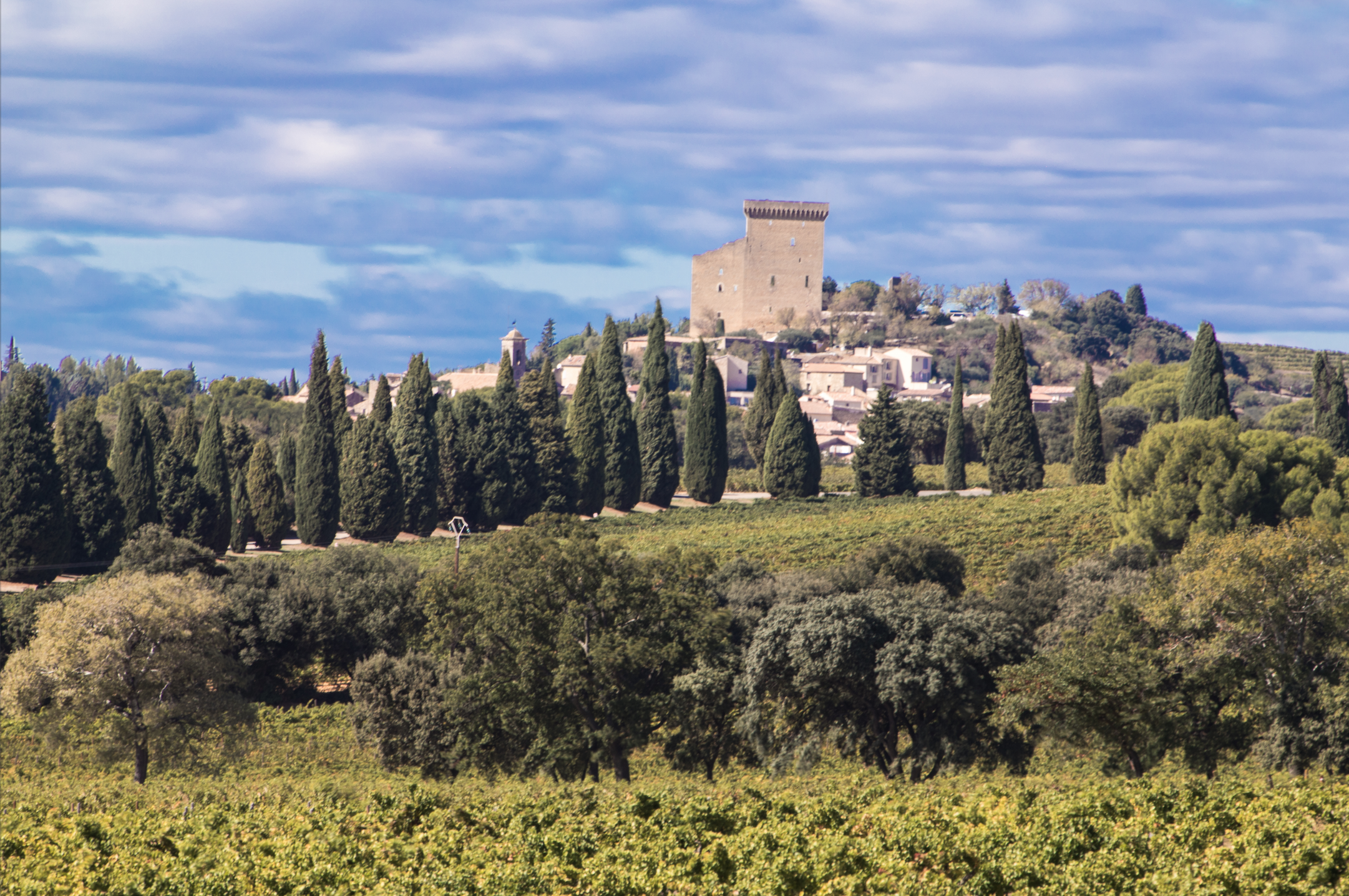 Thanks to Baron le Roy and Senator Capus, Châteauneuf-du-Pape benefited from the first AOC decree on May 15, 1936. Today, 320 winegrowers, the vast majority of whom work in private cellars, produce grapes to be vinified as AOC Châteauneuf-du-Pape.

The Châteauneuf-du-Pape vineyard owes its privileged sunshine to the action of the Mistral wind, which reduces rainfall and especially its most harmful effects on the vine.

Its terroir benefits from a great diversity of soils, and large, rolled pebbles resting on red clay. There are also terroirs of sand (to the north-east) and limestone fragments (to the west).

Châteauneuf-du-Pape can be made from eighteen grape varieties: grenache (black, white, grey), syrah, mourvèdre, cinsault, vaccarèse, counoise, muscardin, picpoul (white, black, grey) terret, roussanne, clairette (white and pink), bourboulenc and picardan. Low yields, 35 hectolitres per hectare maximum, manual harvesting, and compulsory sorting of the grapes (2% minimum), are all guarantees of the consistency and quality of the wines from this Rhône Valley grand cru.

The wines are available in white (7% of the total volume) and red (93%). The Châteauneuf-du-Pape Blancs are characterised in their early years by aromas of white fruits and white flowers (almond and cherry trees). They combine freshness and fullness. In warm vintages, they develop aromas of exotic fruits and benefit from a rich texture. They are gastronomic wines.

The Châteauneuf-du-Pape Reds achieve the rare balance of being both powerful and fine. In warm vintages, they develop a superb concentration in the mouth. The nose is marked by cherry, liquorice, pepper, and fig. With ageing, they take on notes of sweet spices, truffles, garrigue and leather. These are great wines for ageing.

A particular commercial feature of the Appellation, Châteauneuf du Pape achieves 75% of its sales through exports, mainly to the United States, the United Kingdom, Northern Europe, and South East Asia. 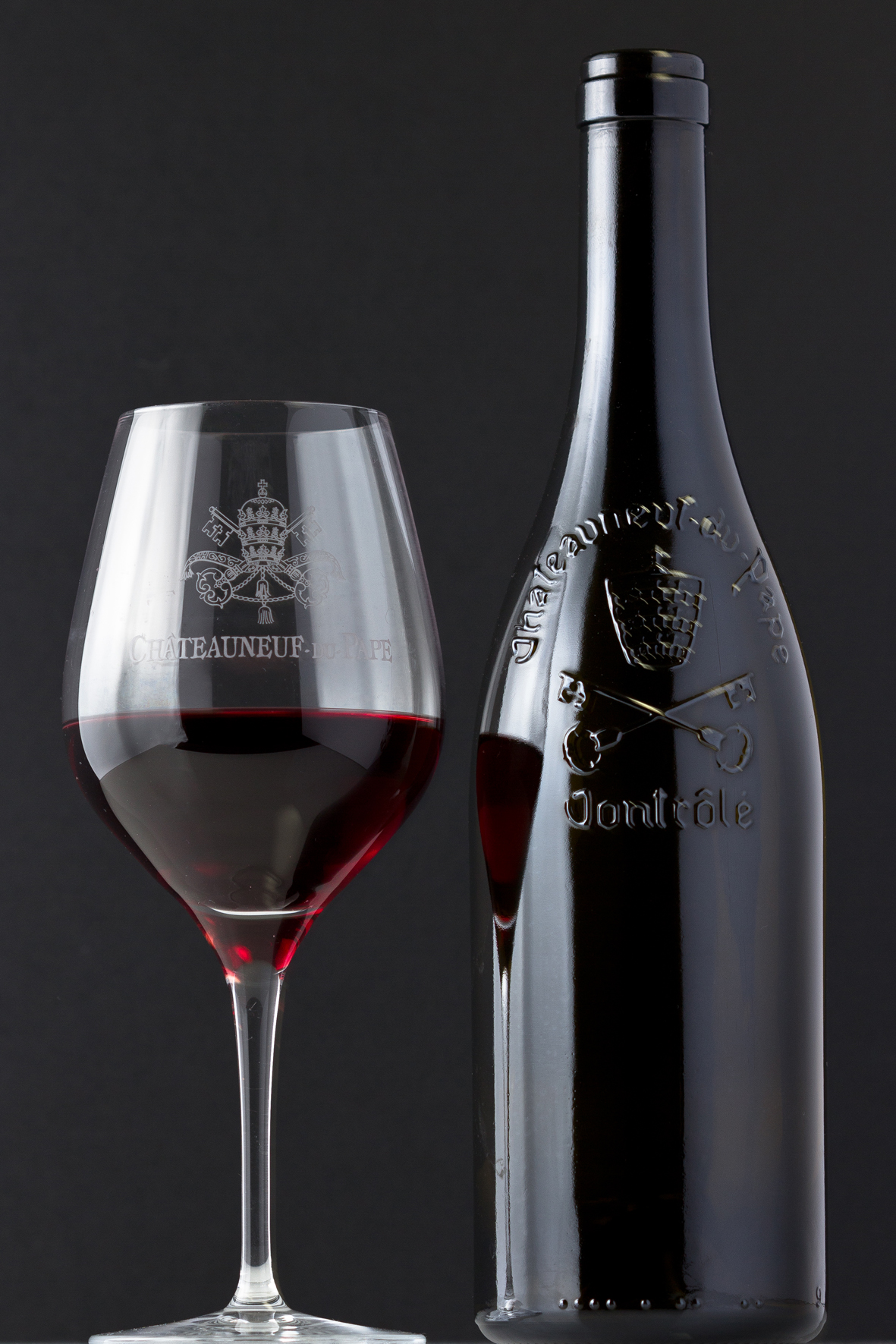 Interview with Michel Blanc, director of the AOP Châteauneuf-du-Pape

Grenache, which was only a minority before the phylloxera crisis, is now the majority grape variety in the Châteauneuf-du-Pape appellation, in all three colours. It is the backbone of our wines, giving them structure, a coating, and an unequalled silkiness.

If the last forty years have seen Syrah increase in surface area, it is now time for diversity with the resurgence of Counoise, Cinsault, Vaccarèse... grape varieties that had been neglected, not to say forgotten, but at the beginning of the 21st century they are regaining their rightful place alongside Grenache at a time when climate change is forcing everyone to question themselves and to look ahead to the coming decades.

Fresh and elegant in the north-west of the appellation, where the Mistral is blowing fiercely, warmer in the south where the rising sun floods the stony hillsides with its light... silky on the sands, tannic on the plateaus, each microclimate of the Châteauneuf-du-Pape hillside, a geographical rather than a geological unit, confirms one of Grenache's main qualities, its ability to reveal the terroirs rather than expressing itself in a varietal way.

It is for this reason that we are used to saying here in Châteauneuf-du-Pape that our wealth lies in the incredible diversity of the wines we produce. And that there is not one style but many styles. What could be more different than a cuvée made from old Grenache vines and a "typical" GSM where 20% Syrah and 5% Mourvèdre will add to a strong base of Grenache from multiple parcels?

At a time when information prevails over training, when the flow of data and marketing panels floods the industry, it is good, once a year, to pause for a moment and to get together, professionals, prescribers, journalists, consumers... to share our experiences, our visions and, of course, our emotions.

Grenaches du Monde is the embodiment of this "pause" where after the tasting, comes the time for reflection. I am not sure that this would have the same effect if we were dealing with a grape variety that is an "actor" in globalisation? Grenaches du Monde gives meaning to the Grenache 'rehabilitation' movement initiated in the early 2000s by the Slow Food convivia in Roussillon, Tarragona, and Châteauneuf-du-Pape. It makes sense because it acts as an interface between producers and consumers. Lost in the jungle of too many signs of quality, too many indicators, consumers, who are not all certified oenophiles, need reference points, and I think, I am even convinced, that Grenaches du Monde has this capacity to train and inform consumers who want to know more about the immense richness of this grape variety, which is eminently symbolic of Mediterranean viticulture.

The regions where Grenache dominates, with a few exceptions, are located around the Mediterranean. We all share, if not a language, at least a history and a culture that can be dated back to the arrival of the Phocaeans near the mouth of the Rhône in 600 BC.

Since then, trade, conquests, the construction of Roman road systems and the development of the Catholic Church have led to the vine conquering our regions, then our respective countries, and in the midst of this wine-making ferment, grape varieties have emerged that are more adaptable than others, such as Grenache, which unites us today, in our differences, in the multiple expressions of our terroirs and our food cultures, like a powerful link, stemming from the forces of the earth and the celestial light!

Thanks to the Journées Internationales du Grenache, the first of which was held just twenty years ago in Perpignan, then in Châteauneuf-du-Pape and Tarragona before returning to Collioure, we had the opportunity to visit many Grenache-producing regions. My memories are therefore numerous, not to say overwhelming!

I can, of course, speak of the grandeur of the Banyuls, the beauty of the Maury, the speculative vintages of the Priorat and the sincerity of the Grenache from vines planted among the olive trees of Montsant and Terra Alta. But I must also mention the wild Minervois, the powerful Rasteau and the incomparable colour of Tavel.

I will end with the great memories I have of recent trips to Sardinia, where I discovered not only other expressions of Grenache, but also a hinterland unaffected by mass tourism, a rural country, rich in tradition, rough and sincere at the same time. I saw pre-phylloxera vines.... So, I saw history, the world before... That some people perpetuate to safeguard a genetic heritage threatened with extinction... and that can be found in a few privileged vineyards of this immense and distant country that is Australia. Far away but linked to our history by the old grenaches that have prospered there for many decades.